tricky clauses: what are drag along rights?

A drag-along provision (or ‘drag right’) is a pretty simple concept. An agreed majority of shareholders receive an offer from a third party to acquire their company, and under the drag-along provision they can force the minority to sell. This avoids small shareholders potentially holding up an exit transaction, and so is an important mechanism to include in a company’s shareholders’ agreement or constitution.

So, why’s it tricky? Here’s a few things to think about:

Clearly the key issue is what constitutes a majority for these purposes? It doesn’t always mean 50%+. In fact, drag-along provisions often stipulate that holders of no less than 75% of shares are required to enforce the drag right. However, this varies a lot depending on how the cap table looks.

Where it gets more complex is where a startup has investors holding different classes of shares. Very often the drag right is then triggered by shareholders holding at least 75% of all shares (including holders of a majority of any preference shares). This may change again as you go through the rounds with holders of different classes of preferred shares all wanting an individual say.

If you are a founder, it is best to ensure that you, or at least the ordinary shareholders as a group, retain a say – to avoid having your own company being sold from under you. As startups go through multiple financing rounds, founders are likely to be diluted to a point that they may well not be able to block a drag right triggered by, for example, holders of 50-75% of the total share capital.

There are two solutions to this: founders either look to retain an express veto over the drag right (which investors often resist), or more commonly the drag right requires approval of holders of a certain percentage of both the ordinary shares and the preference shares.

proceeds on a drag sale

Dragged shareholders that are required to sell their shares receive the same proceeds they would be entitled to on any other exit. There should be no special treatment for the majority shareholders who are enforcing the drag right. This is subject to any liquidation preference rights in favour of investors, i.e. just because you are dragged into a sale doesn’t mean that liquidation preferences don’t still apply.

Often drag along provisions include language to the effect that dragged shareholders are only required to warrant that they have title to their shares and the power and capacity to sell. Dragged shareholders are not expected to provide business warranties (certainly in the case of dragged investors). Note, some investors may require additional carve-outs to exclude specific undertakings or obligations (e.g. non-competition obligations) that may be required as part of the sale documentation.

A well drafted drag-along provision would ideally include language to the effect that if a dragged shareholder fails to deliver signed documents for its shares to the company by the required date, the company and its directors are deemed to have been appointed the agent and attorney of such defaulting shareholder with full power to take such actions necessary in their name.

Sometimes, there is language in a drag-along provision around an asset sale, which is the alternative way in which an exit could occur, rather than a share sale. This usually states that if an asset sale is approved by the board and the agreed drag along majority, the remaining shareholders are required to take all actions necessary in order to give effect to such an asset sale by the company. Again, the distribution of proceeds on such an asset sale is subject to the liquidation preference applying on any preference shares in issue.

Finally, in addition to the conventional drag-along rights discussed above, sometimes, there may be separate drag rights which can be enforced by investors only. These would come into play usually in a couple of scenarios. Firstly, if there has been an event of default by founders, and secondly in the context of exit rights, i.e. where the company has not secured an exit after a number of years. In this second scenario, investors naturally want the right to push the company to find a buyer and force founders to sell alongside them. Founders often push back on the inclusion on these kind of additional drag along rights.

If this has sparked questions for you about your upcoming corporate transaction, get in touch with our team. Otherwise, browse our other resources.

got questions? speak to one of our lawyers

get in touch with our team

how to issue equity to your advisors (shares vs options)

In this guide we cover the types of equity (shares vs options) startups can issue to compensate advisors.

tech M&A: factors to consider when receiving shares as consideration

What if a private or non-listed tech company offers to acquire your company? And instead of cash, they fully or partially offer shares as consideration?

a primer on venture debt in southeast asia 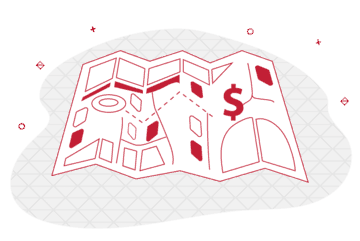 get new templates and guides delivered to your inbox

Everything a growing tech company needs. Sign up and get a monthly roundup of our latest guides and templates.